Before submitting check out some examples of code that prior students used and that did not get full credit here .

B Before handing it in, look at some examples of work that students did and that did not receive full credit,. here.

Below is just one example. Your story can be about any topic.

What as a String

You cannot place a number   variable into the say() method 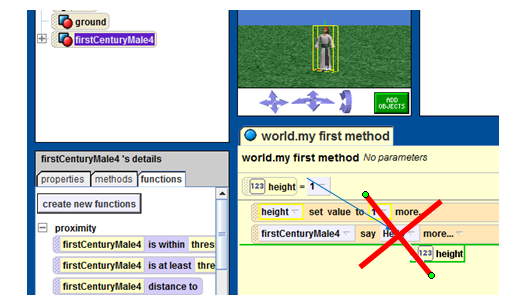 You must use the World function :   what as a string 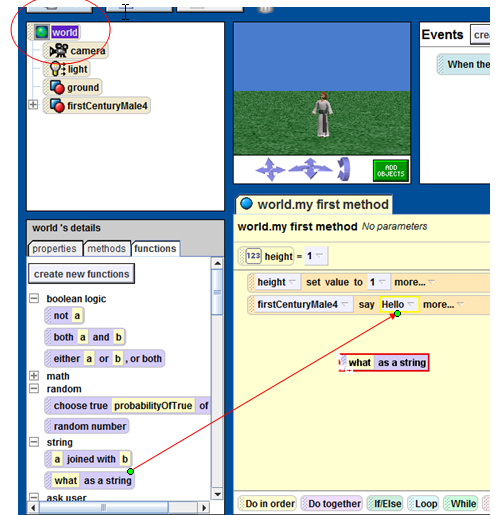 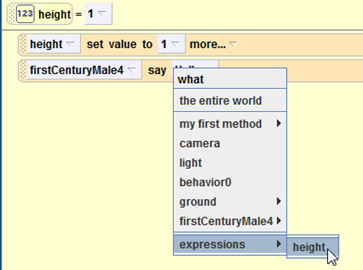 NEXT: asking user for input and saying it