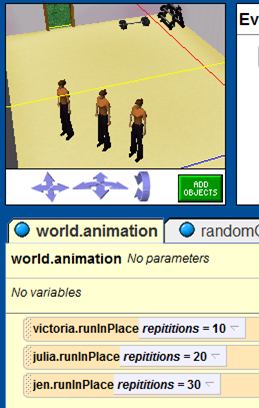 We are going to create a variable numWins  to keep track of how many times the user correctly beats the cpu. 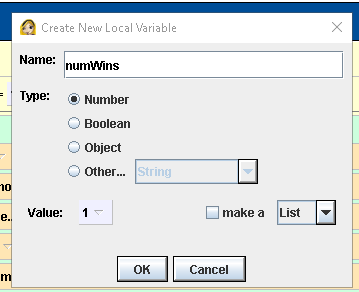 This is how you increase the value of  a variable by 1. 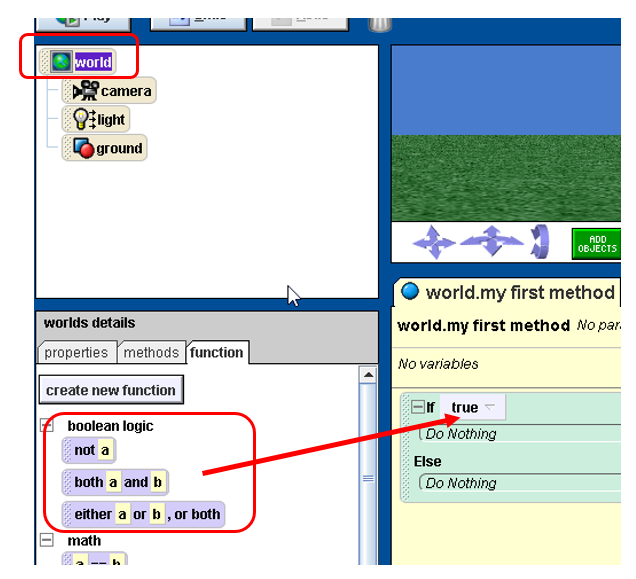 In the Part 2, we ended with a dilemma. If the user wants to play a second game, we need hide the objects that were chosen in the first game!

Note: all commands in alice have a duration.  Since we want all 6 objects to immediately hide, s et the duration to 0 by clicking on more and selection duration as shown below: 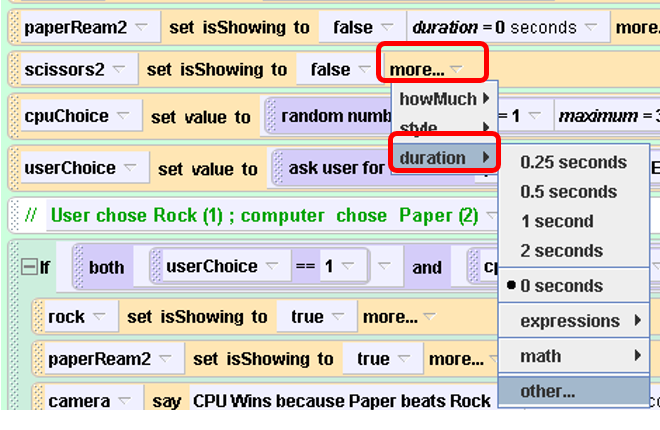 So, now you should have a fully functional Rock, Paper, Scissors Game that should work similar to what you can see below  (Still, there are some improvements that could be made ,see the bottom).

However, there are some improvements that we should make.

Improvement #1 : Keep track of how many times the user beats the computer. (required)