2. Use the world ask user for  a number function to store the user’s choice into that variable (Note: if the user chooses a number larger than 3 or less than 1 then they entered an invalid number, something to think about 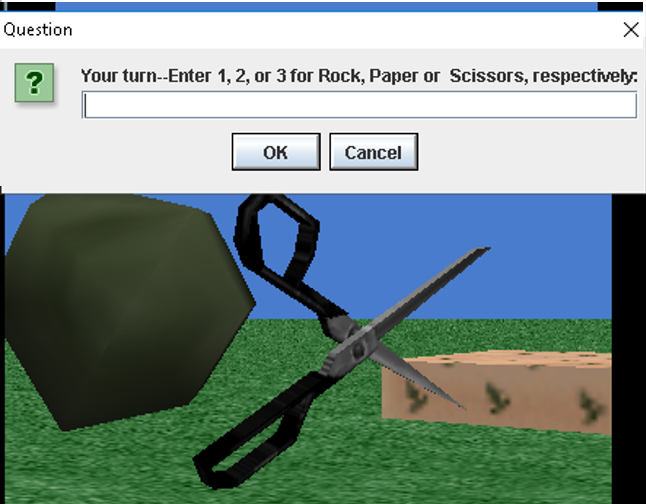 3.   Set the isShowing  property of all 3 objects to be false .  We will set the visibility to true , when the user chooses that object , later on .

Use if/else and the value of userChoice  and set the isShowing  of either the rock , the paper or the scissors to true 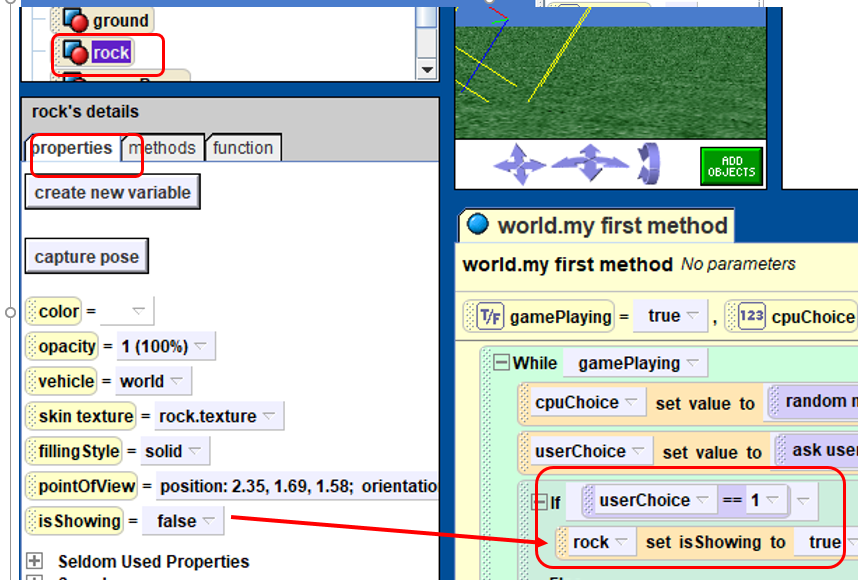 Run through the program a few times. What should we do next ?

We need to show what the CPU chooses!!

B) add a second rock, paper and scissors object that represents the CPU’s choice

(note: I set the color of the CPU’s objects to red so I can more easily distinguish the cpu’s from the user choice’s objects) 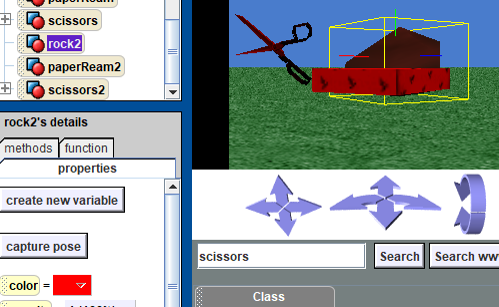 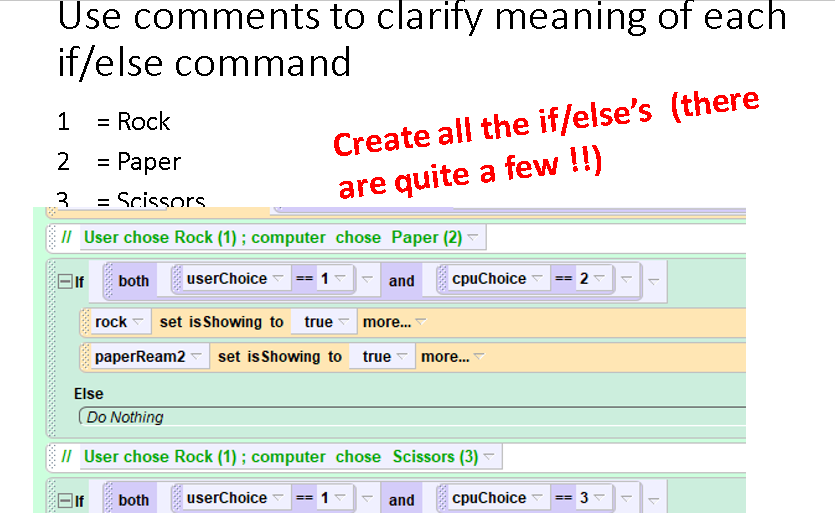 For instance, if the cpu and the user both choose rock, your screen should look something like : 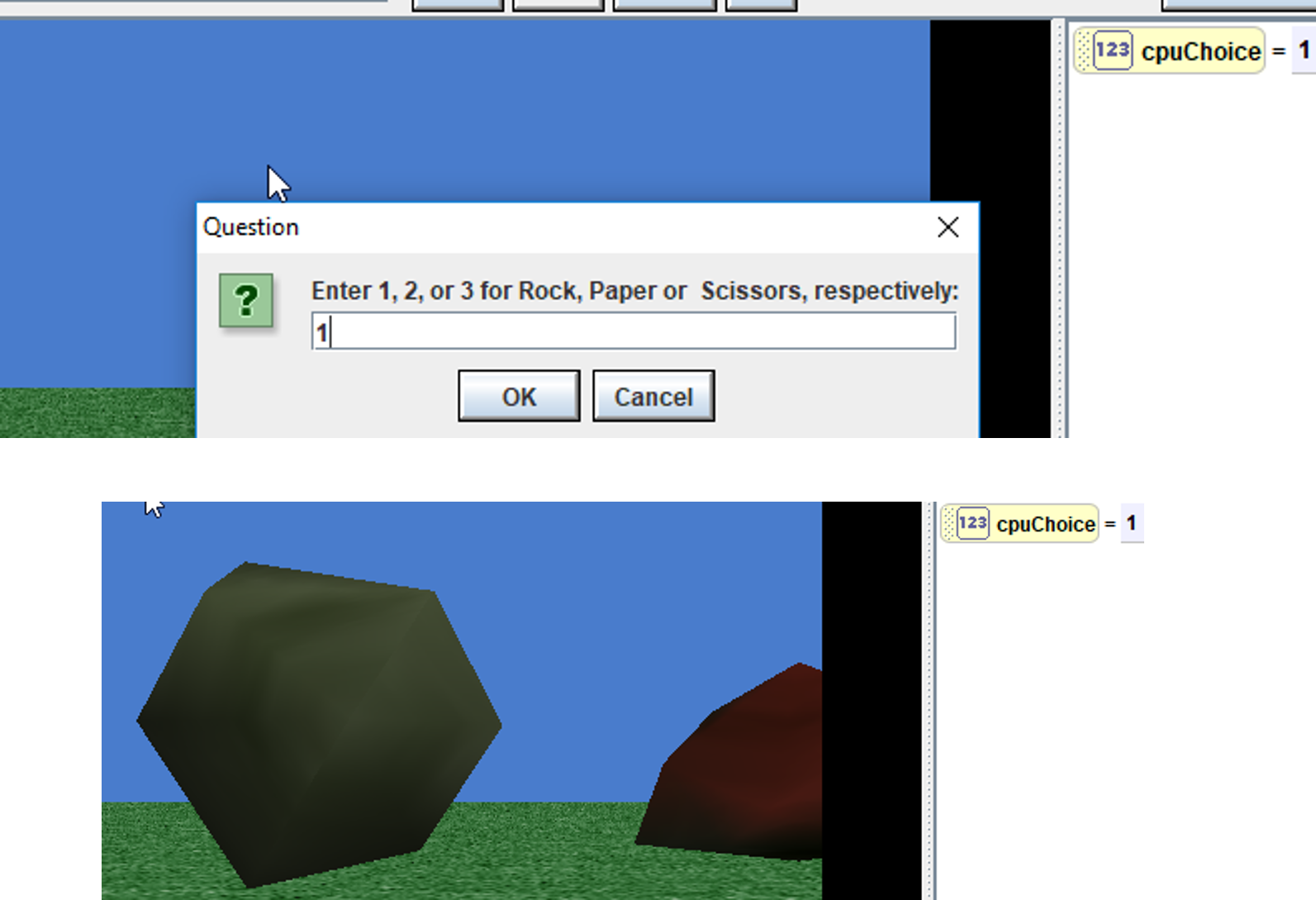 7. The last line of your loop should ask the user if they want to play again.

Try playing the game a few times. You will notice that there is a problem, when you play multiple times

Can you see what is wrong with our current setup? The bug only applies to multiple games. If you play a single game and close Alice, you will not notice the problem.

As you can see above, when you  start  a second game, you can still see the rock and paper that were chosen in the first game.

Can you figure out how to fix  the problem?

Go here to see how to fix it and continue on with the project. 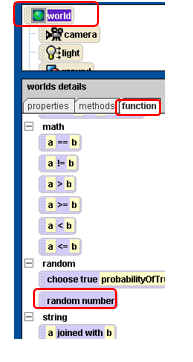 Become an expert on your topic. Explain