FIRST:  make sure you know:  how to use What as a String and perform Math expressions  . You will not be able to do this assignment until you understand both of the above lessons.

Create a world that has a character (person/penguin/whatever) that will ask the user for the height of a triangle and the base of a triangle, and  calculate its area 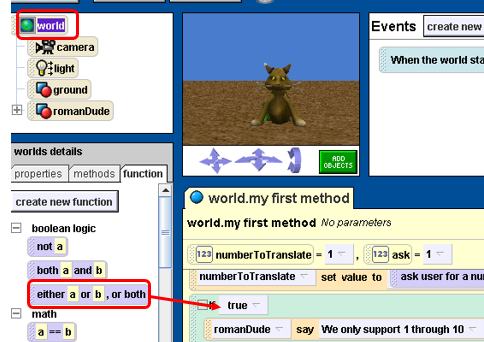 Extra credit: Translate 1-20 (Note : You still need to display an error if they enter a number that is too big, which in this case would be >21)

Create a world in which the

Assignment 5) Circle’s Area and Circumference: Create a world with your choice of person from the Peoplecollection. When you play the world, it should